Join the Miller Center for a discussion with Batten School professor Leora Friedberg as she and the Miller Center's Chris Lu discuss the current unemployment numbers, the Coronavirus Aid, Relief, and Economic Security (CARES) Act, and the prospects for the labor market. The conversation will be moderated by Miller Center Director William Antholis. 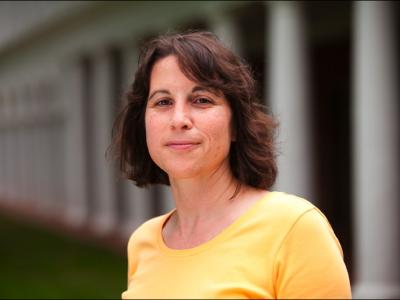 Over the course of a 20-year career in public service, Chris Lu, the Miller Center's Teresa A. Sullivan Practitioner Senior Fellow, worked in all three branches of the federal government, including seven years in the Obama Administration. From 2014 to 2017, Lu was the deputy secretary of labor, having been confirmed unanimously by the U.S. Senate.

William J. Antholis serves as director and CEO of the Miller Center, a nonpartisan affiliate of the University of Virginia that specializes in presidential scholarship, public policy, and political history. Immediately prior, he served as managing director at the Brookings Institution from 2004 to 2014.

Labor market aspects of state and local retirement plans: a review of evidence and a blueprint for future research

Traditional defined benefit (DB) pension plans remain the overwhelming norm for teachers, policemen and other employees of state and local governments. The incentives for workers with DB pension plans to stay in their jobs shift dramatically over the course of their careers.

The retirement security landscape has changed drastically for most workers over the last thirty years – except for public school teachers and other state and local government employees. Many private-sector employers have stopped offering traditional retirement plans, while most state and local employees remain covered by defined benefit (DB) pension plans.