COVID-19 has exacerbated an existing crisis. Last week, Batten’s Brooke Lehmann surveyed the problem and shared what she believes legislators can do about it.

In the United States, youth mental illness is on the rise. Young people are increasingly likely to be diagnosed with a mental health condition and even to die by suicide. COVID-19 has exacerbated the situation, turning it into “a pandemic of its own,” Batten lecturer Brooke Lehmann told an online audience during the latest edition of Batten Expert Chats.

“The isolation, the grief, the lack of structure, the little (if any) social interaction, the not knowing how their education is going to move forward—all of that is driving the anxiety and depression among [young people] to rates we've never seen before,” she said.

A clinical social worker, public interest attorney, and federal lobbyist, Lehmann has been advocating for the inclusion of youth mental health services in the next COVID-19 relief bill. Previous packages have focused on healthcare workers, personal protective equipment, immunization trials, and economic relief. “That’s obviously appropriate and necessary,” Lehmann said. “But we've seen very little—in fact, we've seen nothing—related to children and adolescents, even within the category of health services.”

When it comes to youth mental health in particular, “it's been a struggle all along to have this population included in the broader dialogue,” she explained. Historically, young people’s mental health problems were treated as character flaws—weaknesses to be overcome or outgrown. “They certainly weren’t something you shared with the public, or sometimes even with family and friends,” Lehmann said.

We’ve come a long way since then, but some stigma still lingers. While she doesn’t believe the taboo nature of mental illness will vanish completely for young people, Lehmann emphasized that it can be mitigated through education. “I think one of the major obstacles we face is the desire or the hope that children and adolescents aren't experiencing these difficulties,” she said. “A lot of people choose not to believe it's the case, when in fact it absolutely is.”

To compound the situation, diagnosing mental health conditions in children is a highly subjective and often hotly debated process, Lehmann said. Rather than relying on MRIs, X-rays, or CT scans, in many cases practitioners must make their decisions based on observations of the child’s environment--and on their approximations of what that child might be unable to express.

Many children go to the nurse with headaches, for example, but some do so at the same time every day, perhaps because they have performance anxiety about a specific class. “Is that mental illness? Is that emotional distress beyond the norm?” Lehmann asked.

Trained professionals are needed to make these kinds of calls, she argued. For this reason, among others, she believes that schools should have their own doctor’s offices, or “school-based health centers.” Lehmann shared the story of one adopted child who, for reasons his parents would never know, suffered from PTSD that was triggered by the sight of fur. Not fully understanding the student’s condition, his teachers began placing pieces of fur on the computers when they didn’t want him to use them. “That’s not malicious intent, but it is an uninformed approach, and it led to serious consequences for that child and that family,” Lehmann said.

By designating funds for school-based health centers—and youth mental health services more generally—federal legislators could enable the hiring of practitioners equipped to handle such issues, as well as professionals who could train educators on ways to better support the emotional well-being of their students, Lehmann said. With experts on hand, she added, early intervention measures also become possible: Many children who require therapy or medication might not need it if their problems are addressed early on.

“The number-one service requested by students making use of school-based health centers is behavioral health,” Lehmann said. “Those centers do all they can to provide that,” but often fail “because the funding just isn’t there.”

With the national conversation turning to schools reopening, it seems “intuitive” to include youth mental health in the newest relief bill, Lehmann said. But when she did a quick search for “child” in the bill’s first iteration, she found that the word only occurs when coupled with “nutrition.”

“We've had a lot of promises—there's been a lot of talk about the inclusion of children's needs,” Lehmann said. “But it all comes back to whether or not we choose to recognize and address the mental health of young people.”

While she acknowledged that mental health services might not make it into the new bill, Lehmann remained optimistic.

“Is this fatal to securing funding? No, it’s not fatal,” she said. “There will be other opportunities. 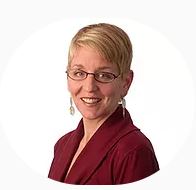 Brooke Lehmann has over twenty years of experience providing direct clinical and advocacy services to children and families as well as working to improve the systems that administer these services through policy development and legislative advocacy.

The Lobbyist Is In: A UVA Youth Health Advocate Takes on a Polarized Congress

Children’s Mental Health: How a Pandemic Has Created a New Epidemic

According to Batten's Brooke Lehmann, the need for mental health care for children and adolescents has never been higher. On UVA’s Lifetime Learning podcast, Lehmann explores the state of children’s mental health, both pre- and post-pandemic.