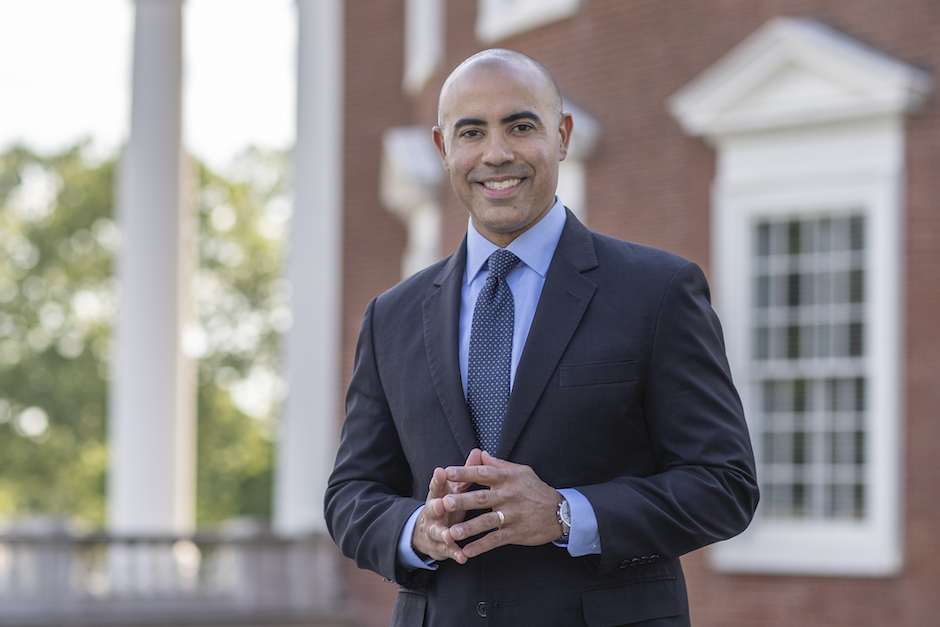 Ian H. Solomon is dean of the Frank Batten School of Leadership and Public Policy, where he leads a multidisciplinary faculty of scholars and practitioners who are committed to creating new knowledge, developing ethical and effective leaders, and advancing solutions to humanity’s greatest policy challenges.

Trained as a lawyer, Solomon is a devoted student and teacher of both negotiation and conflict resolution. Over the course of his career, he has dedicated himself to improving the lives of people across the globe by integrating insights from his experiences in higher education, government, the private sector, and international organizations.

For four years, Solomon served in the U.S. Senate as legislative counsel to then-Senator Barack Obama. Later, under the Obama administration, he was confirmed unanimously by Congress as the U.S. executive director for the World Bank Group, where he championed private-sector development in Africa and negotiated a range of multi-stakeholder agreements. Solomon has also been a consultant with Mckinsey & Company, an associate dean and visiting lecturer at Yale Law School, and a vice president and lecturer in law at the University of Chicago. Before joining the Batten School, he led his own international consulting practice focused on conflict and collaboration. Now, as Batten’s dean, he aims to cultivate the kind of effective leadership the world needs: curious, evidence-based, empathetic, and equipped to serve our diverse and rapidly changing world.

Originally from New York City, Solomon earned his AB from Harvard University and his JD from Yale Law School. He is a member of the Council on Foreign Relations and has traveled and worked extensively in Africa, Asia, Europe, and Latin America. Today, he lives with his family on the Grounds of the University of Virginia in Charlottesville.

A new exhibit exploring the deep and complex history of Pavilion X, now home to Batten School Dean Ian Solomon and his family, will open to the public for the first time since its installation in December 2021.

In celebration of the life and legacy of Dr. Martin Luther King, Jr., please join Dean Ian Solomon for a Batten community reading and dialogue.

In a conversation moderated by Dean Ian Solomon, scholars, former officials and other presidential experts reflect on President Biden's first year in office and the Biden administration's domestic affairs and priorities.

Launched in 2018 during the inauguration of Jim Ryan as UVA’s ninth president, this year’s edition will feature seven students, faculty and staff members — including Batten School Dean Ian Solomon — and is free and open to the public.

Melissa Thomas-Hunt is bringing a unique blend of scholarly and real-world expertise to her dual appointment at UVA’s Batten School and Darden School of Business.

Through a new BattenX educational module, CEOs and nonprofit executives from across the globe are reckoning with systemic racism.

Join Dean Ian Solomon for a community conversation as we kick off the fall semester.

Please join Batten School Dean Ian Solomon as he marks Juneteenth (a day early) with reflection and celebration on Friday, June 18, from 10:30–11:30AM.