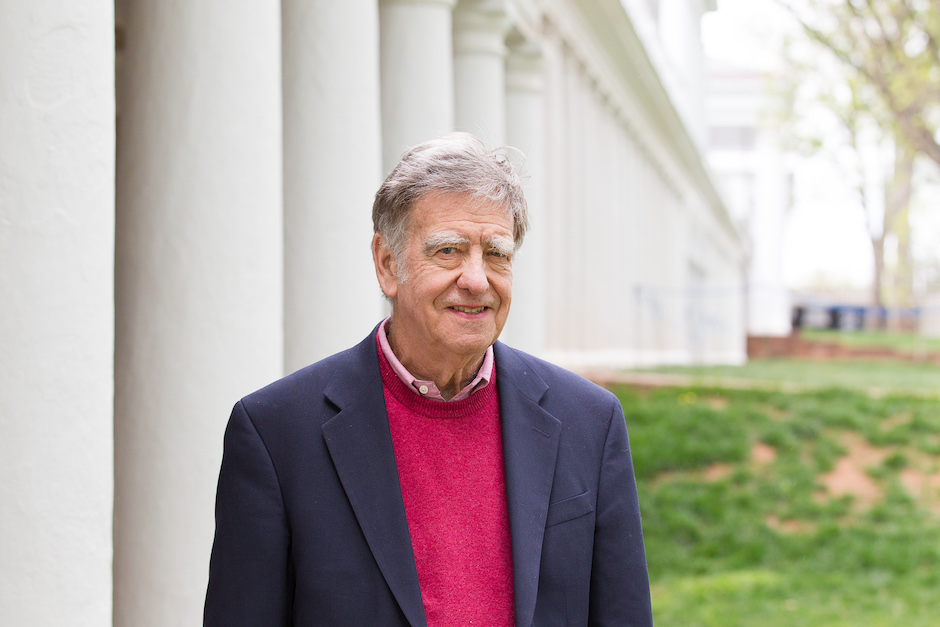 Prior to that he spent seven years at the Congressional Budget Office. He initially was hired as the Chief of the Energy and Environment Cost Unit but was promoted to Director of the Energy and Environment Program Division and then to Deputy Director to Alice Rivlin for his last two years. In this position he coordinated the multi-division reports and testified before many of the Congressional Committees on Capitol Hill.

Scheppach currently has a joint appointment at the Miller Center for Public Affairs and over the last several years has created two national commissions.

From 2013 - 2014, Scheppach was the Project Director for the State Health Care Cost Containment Commission, which was co-chaired by Mike Leavitt (former governor and Secretary of HHS) and former governor Bill Ritter and included ten other members, most of whom were CEOs of major firms in the health care industry. He is also a co-author of the report “Cracking the Code on Health Care Costs“ published in January 2014, which makes recommendations to states on how they can reduce the rate of increase in the cost of health care.

Scheppach is Project Director for the Commission on Financing 21st Century Higher Education. This commission is co-chaired by former governor Mike Castle and former governor/senator Bob Graham and has twelve additional members including five university presidents and five private sector CEOs. Four of the ten white papers have been released and the remaining six and the final report will be released in the fall of 2016.

He has also planned and supervised a retreat with cabinet officials and former governor of the Commonwealth of Virginia McDonnell at the Batten School and has testified before the Joint Committee on Health Care of the Virginia legislature.

Did US States Get More Money Than They Needed for COVID-19 Relief?

Interviewed for The Conversation, Batten’s Raymond Scheppach says the flood of federal money may have been a rare occurrence in federal-state relations: too much of a good thing.

Why States Didn’t Go Broke From the Pandemic

The headlines were inescapable: States faced a financial disaster of epic proportions because of COVID-19. But, the predictions were wrong. In an article for The Conversation, Batten's Raymond Scheppach explains why the disaster never happened.

In 1974, Congress invented the reconciliation process to reduce deficits. More recently, reconciliation has been used in ways that increase the deficit. Batten’s Ray Scheppach spoke with The Conversation to explain the process.

Scheppach on the Opportunity States Have to Attack Income Inequality

As they rebuild their education, health-care and tax systems after the devastation of COVID-19, they can take important steps that can significantly narrow income and wealth disparities.

Scheppach: COVID-19 Will Turn the State Pension Problem Into a Fiscal Crisis

You may be wondering why, over the last few months, the state pension problem – normally not a subject of widespread discussion – has been in the news. The problem – and it’s a big one – is that many of the public employee pension plans run by states don’t have enough money in them to make upcoming pension payments to retired state workers.

According to Batten's Ray Scheppach, the magnitude of the coronavirus fiscal crisis that governors and their states will have to face is just starting to emerge. And that crisis will affect states’ abilities to do everything from paying teachers to paving roads to providing social services.

Governors Take Charge of Response to the Coronavirus

Batten’s Ray Scheppach, who served as the executive director of the National Governors Association from 1983 to 2011, on why the nation’s governors are prepared to take quick and aggressive action during a crisis and how they have exercised leadership in their states to limit the spread of COVID-19.

Q&A: How Leaders Can Navigate Recession, From One Who’s Been There

As the U.S. economy continues its longest-ever period of expansion, economists are beginning to call attention to some indicators that point to a potential downturn. One of those economists is Batten Professor Ray Scheppach.

State and local government fiscal systems have increasingly become vulnerable to economic changes. Over the past three decades, state and local deficits during economic recession have been larger and deeper each time.